My name is Filip Filipov. I am a musician, born and raised in Varna, Bulgaria. I play the accordion, the typical bulgarian drum called tupan, as well as keyboard synthesizers. My career as a musician began in 1977 in the Children's Folk Orchestra at the so called Macedonian Center in Varna. A couple of years later I started playing in the Children's Ensemble Bulgarche where I had my first stage appearances. My joining the Orchestra of Ensemble Varna in 1987 was followed by numerous performances throughout the country as well as at many international festivals in Finland, Russia, The Czech Republic, Germany, Spain, France, Norway, Denmark, the Azores, Brazil and so on. I have also played with many wedding bands such as Folklorni Ritmi (Folk Rhythms) where I worked side by side with the well-known folk singer Rouska Dobreva. During that period we had several appearances on national TV and recorded two CDs. Next I was invited to play with Aksakovo Orchestra, together with which we recorded one CD and performed at some TV folk shows. I have played with many other bands and ensembles as a guest soloist. My last appearance as such was at an international festival in Belgium. In 1994, while being a part of other bands' projects, I created my own band Chernomorec. Its successful career lasted till my moving to Denmark a little over a year ago. I have a very large and diverse repertoire which I will be happy to share with everyone who loves the Bulgarian folklore or has their heart open for the music of the world. 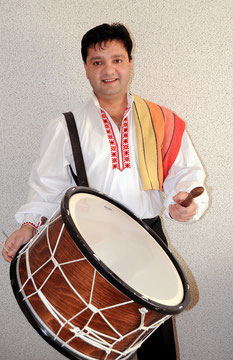 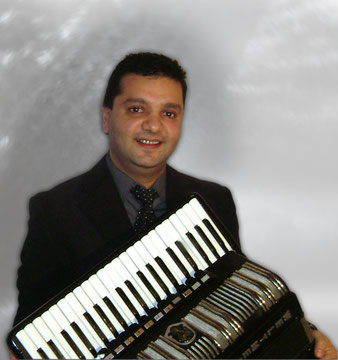